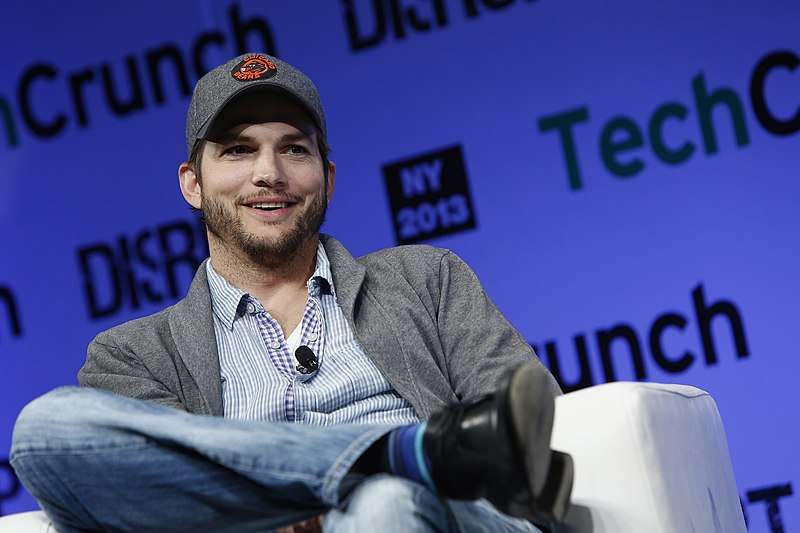 Ashton Kutcher is one of Hollywood’s most plorific Silicon Valley investors. He has developed a lucrative investing career, from taking a bet on Uber and AirBnb early on and growing a $30 million fund into $250 million in 6 years.

Kutcher, aged 41 has invested over $3 billion in startups and taken part in 177 funding rounds over the past 10 years.

Kutcher and Oseary poured $1 million each of their own money into the fund, while Burkle contributed $8 million. A-Grade also received backing from experienced tech executives like Salesforce CEO Marc Benioff and ex-Google CEO Eric Schmidt, as well as businessman Mark Cuban.

Kutcher’s money hunger began at a young age. As a teen, he held down multiple jobs, such as lawn mowing, cleaning work, and dishwashing.

Kutcher told the investing blog “Grow” that he saved fourteen hundred dollars for a snowmobile at age 13. He said “I pitched in after school and on weekends for 18 months, and deposited every cent into a savings account.”

Brought up in Iowa, Kutcher comes from blue-collar genes. His father made a living at a meat-packing plant while his mother was a school teacher, Jackie Lam reported for Business Insider. Kutcher was studying biochemical engineering at the University of Iowa where he was scouted as a model, which eventually let to his breakthrough in the acting world.

Actor and model is just a few of the many caps he wears as part of a multi faceted career. Kutcher is not only a producer and entrepreneur he is also a philanthropist, with many ventures in every field. As well as being a rather serious investor.

Whilst not the 1st celebrity to make it in investing, but over a decade in, Kutcher has made a brand for himself in Silicon Valley. Bani Sapra for Business Insider referred to him as the most active celebrity investor and, arguably, tinsel-town’s most knowledgeable tech investor.

His vision is to help connect the “everyday man” with new companies to solve everyday problems, Kutcher began as an angel investor before co-founding two venture capital funds: A-Grade Investments and Sound Ventures.

Concentrating on this basic goal of identifying and allowing top entrepreneurs to build a brighter tomorrow is the crux of my investment strategy,” Kutcher wrote in a blog post for Atrium, a legal and tech start-up.

“I spend a lot of time thinking about new and simpler ways to do things, but I’m too short on time to execute on all those ideas,” he told Grow. “So I found people who were executing on them and invested in their success.”

In 2013 the Telegraph reported that Kutcher is very drawn to consumer technologies. “The companies that will ultimately succeed are the companies that chase happiness,” he advises. “If you find a way to help people find love, or health, or friendship, the dollar will chase that.”

Kutcher’s foray into angel investing kicked off when he founded production company Katalyst in 2000, which led to Silicon Valley connections.

Forbe’s reports that Kutcher poached Katalyst’s digital chief from TechCrunch, the person that brought him to the big names in Silicon Valley. “I spent all of my time just listening,” Kutcher told him.

Kutcher soon became familiar with the tech scene. In 2009, billionaire Marc Andreessen asked if he could invest $1 million into Skype 2 years before Microsoft bought the company and tripled the value, according to O’Malley Greenburg.

A-Grade focused on early-stage investments, according to TechCrunch. O’Malley Greenburg wrote that these start-ups had to have three defining characteristics: founders A-Grade wanted to work with; a problem-solving mission statement that would make the most of time; and a business model A-Grade could grow.

While there were a few failed investments along the way, such as BlackJet and Fab.com, A-Grade made many successful ones: $500,000 into Uber, $2.5 million into Airbnb, $3 million into Spotify, $300,000 into Warby Parker, and $1.5 million into Houzz, among many others. These are all multi-billion dollar companies today.

In 2015, Kutcher and Oseary took a more formal approach to venture investing, co-founding venture fund Sound Ventures with $100 million from Investing other people’s money instead of their own allowed “them to make bigger investments, invest in later-stage startups, and put more money into investments that raise follow-on rounds,” according to TechCrunch.

As of 2017, Sound Ventures was managing more than $100 million in investments, reported Cat Zakrzewski for The Wall Street Journal. By 2018, it had made over 50 investments and led six rounds of financing.

Kutcher was originally hesitant about going on, but felt it “might deliver the opportunity to bring an audience to the show that might not normally watch it.

He ended up splitting a $200,000 investment with Shark Tank judge Lori Greiner for 15% each of Beebo, a shoulder strap that holds a baby bottle for optimal bottle-feeding. Kutcher has three rules when investing, all focused on what he sees in entrepreneurs.

Kutcher continued: “You can have the best idea in the world and absolute domain expertise and know how to do everything right, but if you want to do something great in the world, there are going to be obstacles; and you have to be a person who has ingenuity and sheer willpower to get through those times.”

The third rule, he added, is that the entrepreneur must get along well with him.
“One of the critical tests that I try to run when I’m sitting across from a founder is: Can you sell me your idea?” Kutcher said at the conference.

For Kutcher, the ability to convey a company’s mission determines whether or not they’ll be able to snag the best talent in a competitive job market, Zoë Bernard reported for Business Insider. He sees telling the story of an early stage company as integral to its future growth.

“Invest in the things that you know. If you drink beer all the time — if you go to microbreweries and you try all kinds of them — you probably know which ones are the best, and my advice is always to invest in what you know.”

He also emphasized this in his interview with Grow, where one of his top three tips for deciding on what to invest in was to invest in your own expertise.

Kutcher said you should invest in what you want to bring to life, but approach your vision carefully.

Kutcher told Grow you should invest in what you want to see become reality. “Worst-case scenario, you lose money — but at least you will get the life you want,” he said.

That involves asking stupid questions. Kutcher advised doing just that at a recent QuickBooks Connect conference. He said that when he was first introduced to key players in the tech world, he would ask every question he could think of.

When it comes to implementing that reality, Kutcher has said that while having a vision is important, making a plan is better. At the QuickBooks Connect conference, he advised starting with what you’ve done to work towards your vision or goal, then looking at what you can do next to finally achieve your vision. In other words, nail out the nitty-gritty details that get you from point A to B.

For his many investments, Kutcher said he considers his relationships the best investment he’s made.

He told Grow, “Taking the time to get to know people, what motivates them, what their challenges are,”?. “These things are often overlooked. Investors get so wrapped up in returns and numbers that they forget that the true privilege of their position is to share a journey with exceptional people.”

His views on investing and life in general all goes back to his Midwestern origins. He said he needs to give back to those who need a helping hand.

At QuickBooks he said “I’m very appreciative of the things I have, I’m always fighting for the guy on the street, no matter what, because I always feel like I am the little guy. If you’re lucky enough to be doing well, it’s incumbent upon you to help folks who are struggling to grab that first rung on the ladder to start their climb.”

Gaius Chibueze is a little known crypto investor rarely mentioned in the public domain for this unassuming past of celebrity.

However Gaius was recently ranked amongst the leading cryptocurrency traders in 2019 according to Binance traders rankings.

At 27 years old, Gaius Chibueze began an obsession to meet all his 5,000 Facebook followers across the globe in person.

Well known as a champion for Blockchain solutions, and ardent crypto educator, not many are aware that Gaius Chibueze was once proudly entertaining audiences with rap music.

Mr Gaius’ history with rap music can be traced back to around 10 years ago as a student of College of Education, Akamkpa, Cross Rivers State .

Sosoflow, as he called himself, attended every concert in Calabar, performing for rap fans, and of course earning a living from it.

Today, Mr Gaius Chibueze has deep interest in many industries, and markets, and is heading a team of global change makers in creating pertinent solutions to meet the demands of the ever mobile growing young African population.