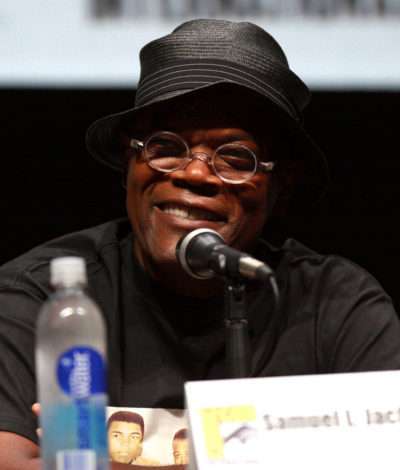 After you pay the price tag of $0.99 you own the voice. It is simple to activate according to Amazon. All you have to say to enable this feature is simply say “Alexa introduce me to Samuel L. Jackson.” However, Alexa’s default voice does not go away and remains the default. According to ‘The Verge’ you have to specifically request the voce of Samuel L. Jackson by saying “Alexa, ask Samuel L. Jackson,” and then say your question or command.

According to multiple sources, Amazon is using its neural text-to-speech model which is a deepfake but more lightweight. However, Samuel L. Jackson has allowed Amazon to prerecord clips of his voice. He was able to record and provide lots of audio for Amazon to use and base most things on. You can hear one of the neural text-to-speech clips of audio by asking for the weather forecast but other responses are from pre-recorded, provided clips of audio.

If you ask the Samuel L. Jackson for jokes it will say special recorded jokes. Amazon and the famous actor have also included comments and personal information of Jackson. Some disappointing news is that the standard artificial voice of Alexa is still heavily required to set reminders, make shopping lists and other various tasks.

His voice as of now is only in English and as of current knowledge Amazon has not yet revealed if it plans to expand the voice into further languages. However, Amazon does have plans to include more celebrity voice options in 2020. Samuel L. Jackson is just making the way for more celebrity voices to be introduced and adapted to Alexa.

Currently you can say a few things asking to be Samuel L. Jackson’s voice for Alexa / him to say:

“Alexa, ask Samuel what it was like making Star Wars“.

“Alexa, ask Samuel for the news”.

He will respond with personal comments and a good sense of humour. Google is attempting the same exact thing with a feature it calls ‘Cameo’ and heavily relies on Google’s WaveNet technology. It allows Google Assistant to sound like either Issa Rae or John Legend. However, unlike Amazon’s neural text-to-speech Google’s WaveNet is a lot more limited in capability which reduces its function and purpose.

It seems as though celebrity voices will soon be a standard across virtual smart assistants as artificial intelligence improves and celebrities join. Hopefully, you are soon able to control these smart virtual assistants fully through the voice of the selected celebrity.